If you are tired of boring and monotonous slots and want to try something really interesting, you should definitely give Thunderstruck II a try. It is a sequel to the successful game Thunderstruck which has many fans in different countries. Have you ever heard of Asgard?  It is a location which is a realm of the gods. It is depicted in many books and movies. Asgard became popular due to Norse mythology which attracts lots of people. This game is a product of Microgaming which is a company with perfect reputation. It makes games with stunning graphics and all of them are of high quality. Thunderstruck II is not an exception.
The design of Thunderstuck II is amazing. Cold colors create an atmosphere of winter in which it is a pleasure to stay. The interface is not only stylish but convenient as well. If you use the Autoplay button, the reels will move without interruption. It will make your play easier and will help you relax and concentrate on the symbols. The logo is made really well too. The creatively made frame decorates the reels and it goes well with a simple background. The sound effects are energetic. They will probably remind you melodies from the movies about heroes. That is why we recommend you to turn them on in order to plunge into the atmosphere of Asgard fully.

It is a game with 5 reels and 243 paylines. You have many ways to win so we hope your luck won’t let you down. The features are regular symbols, wild, multiplier symbols, scatter, Great hall of spins bonus game, wildstorm bonus game. The logo of the slot is a wild symbol. It can replace other symbols except scatter. The scatter is represented by the bonus logo. Three or more scatters activate the bonus game.  As for the bonus game, it is activated randomly. Wild symbol doesn’t appear during the bonus game. As for Great Hall of spins bonus game you can play one of four games. During the bonus rounds gods will give you their gifts which can be rather generous. The RTP is 96.6% which is quite high.
On the reels you can see traditional card symbols, Norse gods and goddesses, Asgard, ship. You will meet Thor, Odin, Loki and Valkyrie. They are drawn well in small details that is why they look great. If you want to get skills and experience you can play for free. It will help you familiarize yourself with this game and give you much confidence before playing for real money.

Thunderstruck II can give you lucrative prizes and it can make you rich. The minimum coin size is 0.01 and the maximum one is 0.05. That is why it doesn’t matter what budget you have. You can risk much money as well as play with a small wallet. The rules are quite simple, so even the new players won’t face any difficulties playing it. What is more, it is a slot which won’t let you feel boredom. Due to its inspiring plot, Thunderstruck II will give you a dose of entertainment, adrenaline and positive emotions. So, it is one of the best places where you can try your luck.

This game is mobile friendly. It means it can be played not only on computer and laptop, but also on tablet and mobile phone. It is very convenient because you can kill boredom with the help of this game when you are sitting in the queue, waiting for the meeting or relaxing at the park. All you need is good internet connection and a desire to play.
Thunderstruck II is one of the most popular games of Microgaming which impresses with its beauty, features and generous prizes. The atmosphere of magic and mystery can satisfy even the most fastidious players. Try it one day and there are many chances that it will satisfy your expectations and you will have a desire to return to it again and again. 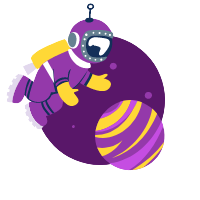 How to play in an online casino - all you need to know
Read the guide
Login
We use cookies on this site to enhance your user experience. By clicking any link on this page you are giving your consent for us to set cookies
More